Art helped us to better understand the concept of creation;
Science gave us a method to reach it through hard work. 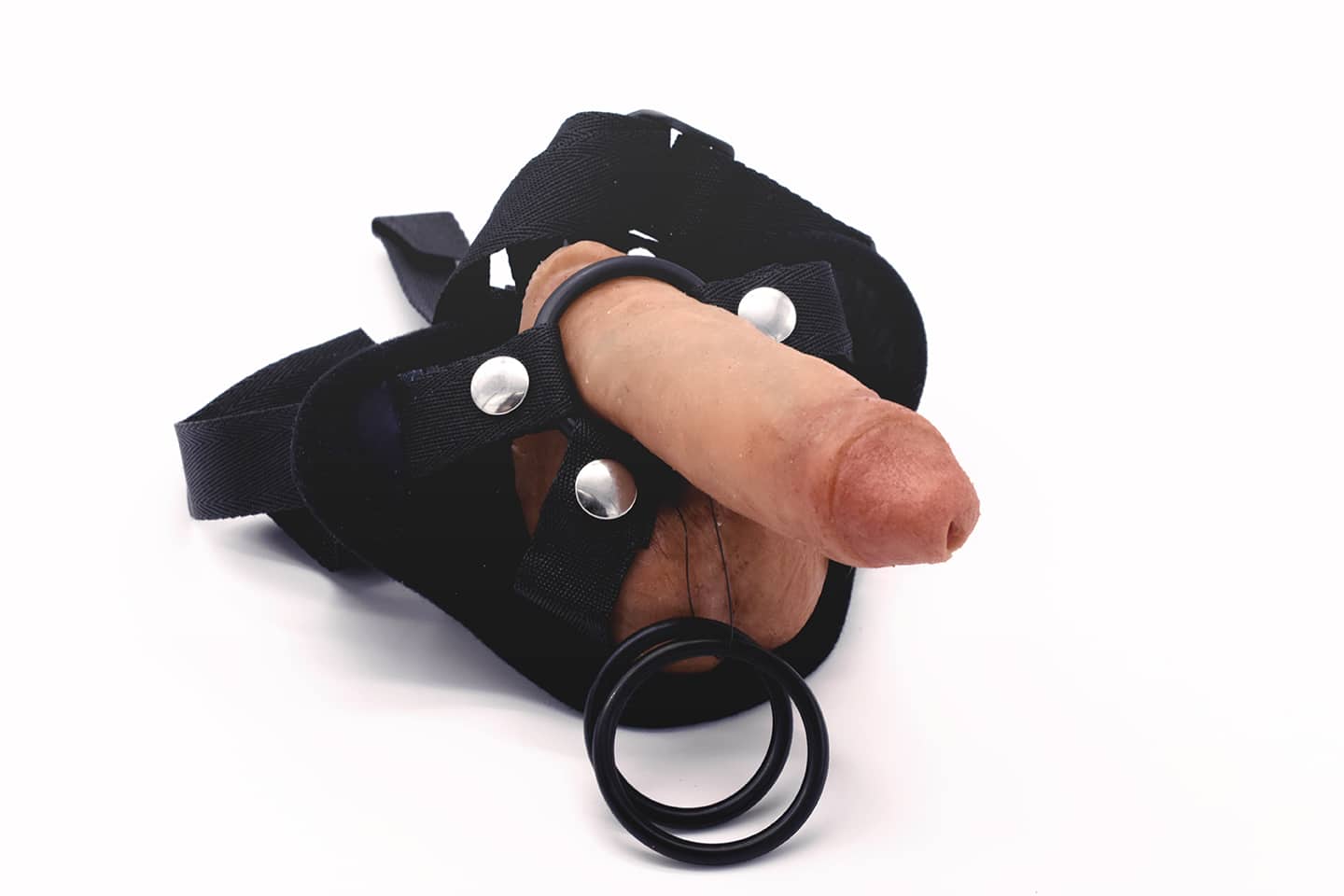 We have a very tough, but important mission: to help you in your transition with the most realistic silicone prosthetics ever.
A handcrafter work of art for your well-being. FTMShopping isn’t just a brand, it’s a soul with a Mission and a Strong vision: Silicone is how we express our aim to help other people reach their need to affirm themselves in society. Day by day, we continuously improve our methods to reach the purest essence of realism from the Italian painting and sculpture tradition.

Our products indeed are handmade: we use no machines during the making process of a prosthesis.
The product you order is the product we make only for you, to suit your needs.

Every FTM knows what does mean the words Gender Dysphoria: our main goal is to defeat it. We want to create the most realistic prosthetic to minimize the penile disphoria. After the voice, the hands, the beard, the top surgery… penile disphoria is the hardest part of our transition. The perfect prosthetic as Stp, to have intercourses with our beloved ones.

We want to pass to ourselves eyes. We want to feel our masculinity in the most personal parts of our days, when we are alone. That’s why our work is to work on a few number of prosthetics, the minimum possible, but to make them so realistic and high in quality to be confused for a real penis from a cisgender man. This is what makes us proud.

We clearly remember our first attempts to create a product similar to reality, and we don’t hide our several failures during the working attempts to create a good prosthetic: in the beginning, we really started from scratch, silicone was hard to work with and we had to put all our effort and inventiveness from our knowledge to gain small results. Now we have a Research team with Art and Science together against the disphoria enemy. 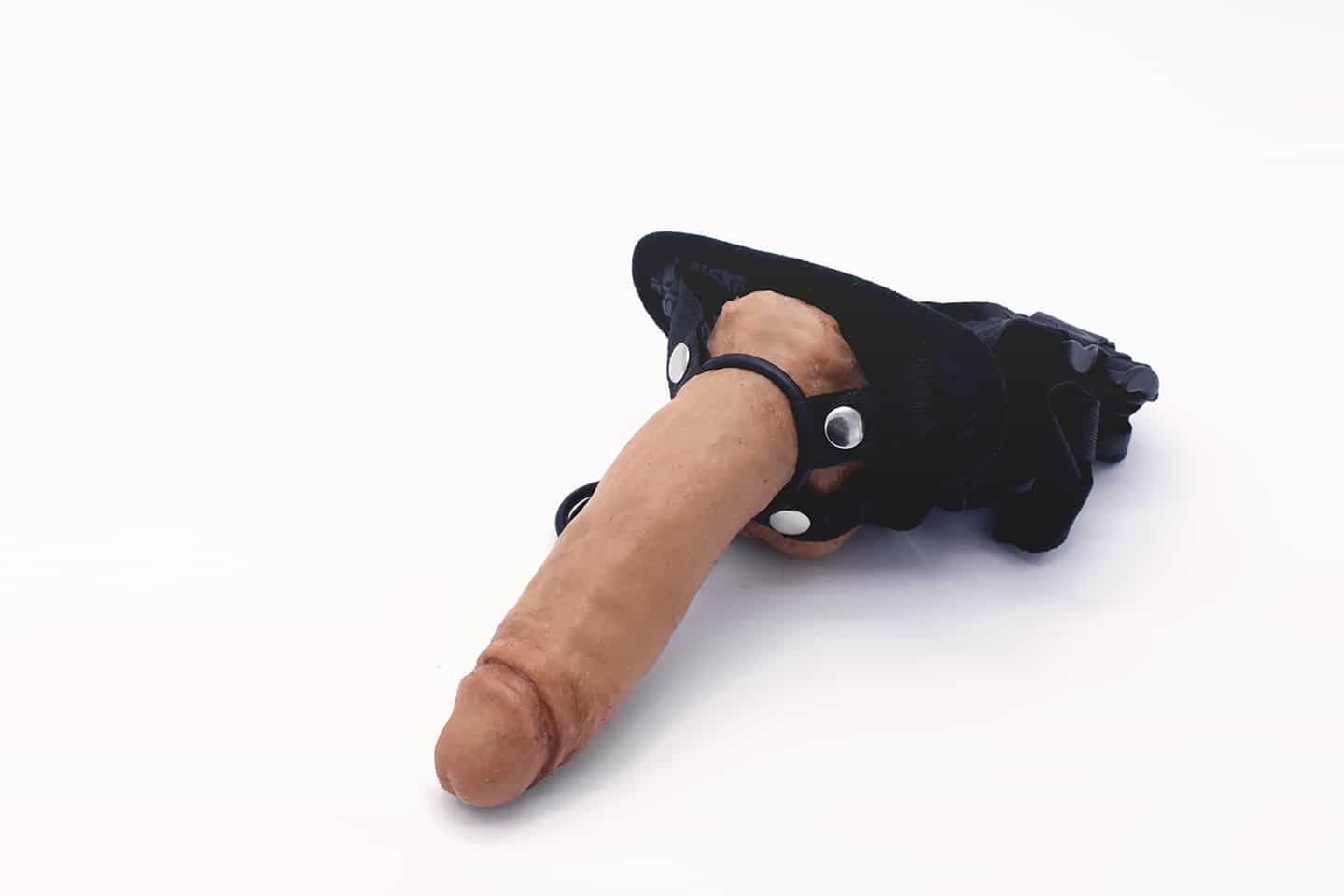 FTM Shopping was born from a transgender boy’s simple desire to create a prosthesis that would help him feel better, more masculine, and more connected with his real identity. No prosthesis in the world had succeeded in this: too hard, too soft, too much this and too much that. Even the most expensive and noble ones had flaws: none of them really gave to us the idea to really fight the most important war: to be what an FTM chooses to be.
To get that result, he would have to bring the people closest to him and create that perfect prosthesis.
Today, this prosthesis is not yet perfect, but the FTMS group feels very close to this goal.

This guy studies physics, his girlfriend studies genetics. His closest friend is an artist scholar of Renaissance and canonical realism, yet another friend has a degree in Food and Industrial Technologies.

FTMS was born indeed from art and science, those both helped us to create what we sell, to help people: think about the “Adam’s creation” of Michelangelo and try to imagine those hands, almost meeting together in such a divine act.

We consider the process of transition in such a way: being an FTM is indeed an act of creation, day by day, that’s why art inspired us to create a product near the pure concept of realism.

Made with the finest, hypoallergenic and anti-bacterial medical silicones.

It will keep the same temperature of your body while you wear them. It will look like a part of you.

Hyper-realistic, from shaft’s veins to testicles’ wrinkles. It will be a pleasure to feel it in your hands.

Entirely customizable. Contact us and get us to work on the prosthesis you’ve been dreaming of. 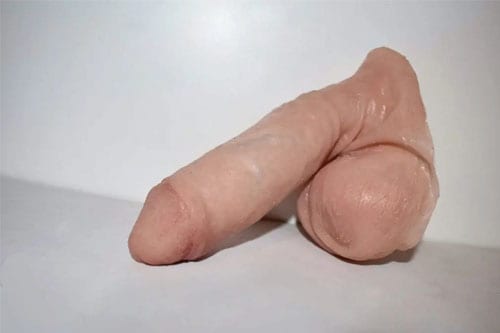 We spent an entire summer in a room to find a way to produce our first prototype. All the process can be described in our common dialogue “Is that like a real one” asked Murasaki “Not Yet” replied Giacomo “It need a moving skin”. The name, Golia, rapresents a giant to defeat, as happens in David vs Goliath myth. 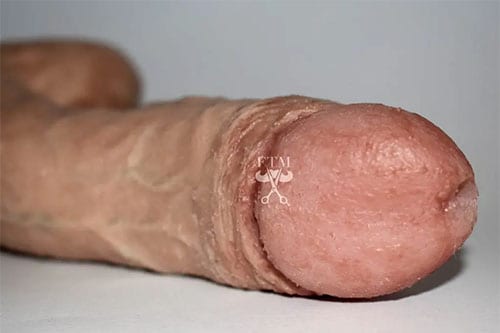 The second prototype, David, should have been much more “stunning”. After all, we wanted a big, long and epic prosthetic. That’s why we developed David. Its points of strenghts are the veins, the skin wrinkles around the glans and the ergonomic shape. We really loved it, David was so good to see. 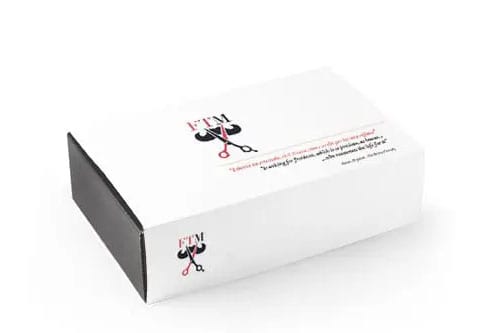 We have invested many resources to create an elegant box that could keep the prosthesis over time. On the front, we have added a quote from Dante Alighieri on human freedom. We often change the quote, which is always very much in line with our philosophy. 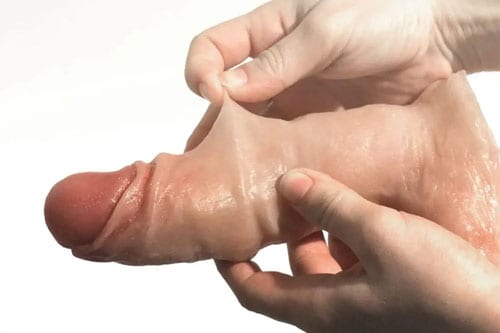 A customer asked us to help him with a very special customized product. We tried to help him and that’s how Hector was born. Hector is a prosthesis focused on American anatomy, large in circumference, and perfect to express a strong virility. 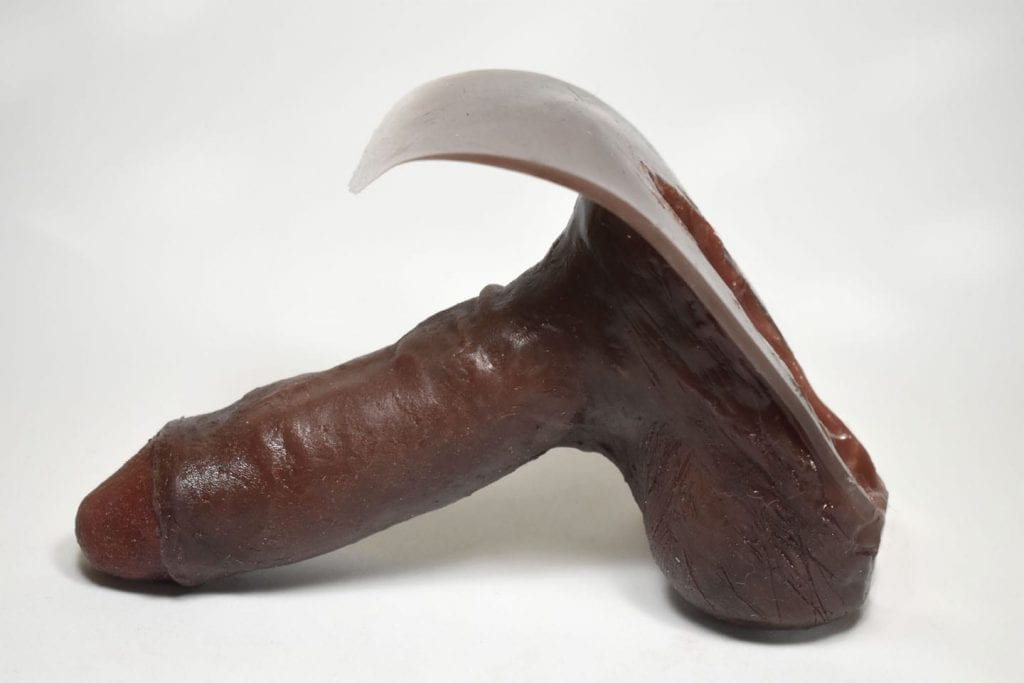 After a strong painting study, we finally became able to hand-paint a detailed way of our prosthetics. Laira Maganuco, a very popular silicone maestro, trained us in Silicone hyper-realism. From that moment, we could finally provide a custom color service. 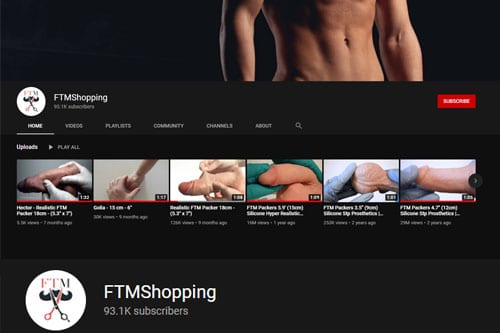 We realized within a few weeks that we had almost 100,000 subscribers to the youtube channel and we received many requests and orders. A bolt from the blue. Many people have given opinions and advice, 30 million people have seen our prostheses on Youtube and just as many have given interesting opinions that have prompted us to improve the prostheses based on the feedback received. 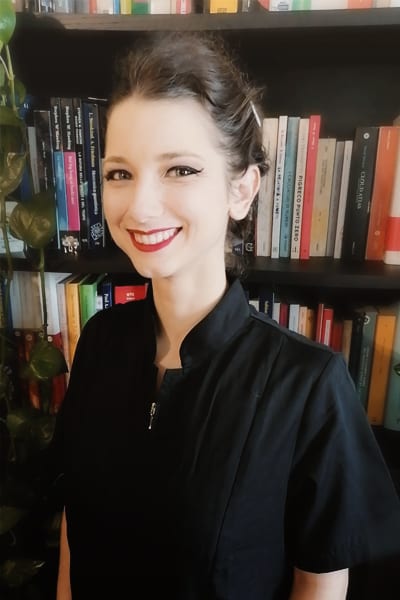 I am interested in biology, microbiology, and genetics. My research will focus on organoids. I’d like to lay the groundwork for research to help transgender people have a healthy and safe, satisfying transition: I will do all my best to help you guys to fully enjoy your daily life and your sexual intercourses (better than Cis do :P). 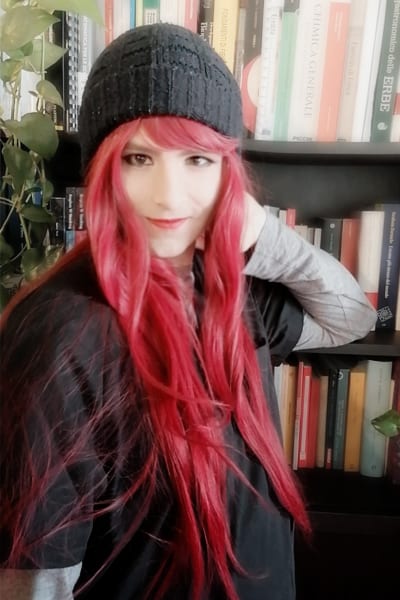 I am who I am, and it’s great. In FTMS, I found a family, and I understood I wanted to express myself without fear. When I realized who I was, I immediately felt better about myself: that’s why I decided to put this emotion into my Job here in FTMS. I want you to express yourselves too … just like I did.

myPressLab.com deals with the global web marketing strategy for FTM shopping. We have been developing SEO strategies since 2009, paying particular attention to semantics, copywriting and the creation of quality content. 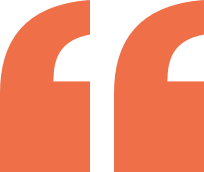 Hands down these are the post realistic prosthetics on the market. I’ve already purchased two.

The painting and detail is remarkable. The touch – and “foreskin” layer is truly realistic – these are a work of art !

I highly recommend and 100% worth the price. I’ve purchased from other brands and these are defiantly the best and FAST SHIPPING / PROCESSING TIME ! Thank you so much for what you guys are doing – really appreciate it.

Best Work!!the Look is so much realistic and to packing with it is very comfortable!

This is the most detailed and realistic prosthetic I have gotten in 28 years!
The realism is above and beyond all the very expensive ones. I have purchased from every major and some minor companies. They can compare.
Definitely will buy again if necessary.
I can’t wait to see what is next with this companies progress! Thanks!

All the orders made after 20th December 2022 will be processed and shipped after January 3rd, 2023, because the team is going to take a break during Christmas Holidays. For more info please send us a message to info@ftshopping.it Dismiss

You can find out more about which cookies we are using or switch them off in settings.

This website uses cookies so that we can provide you with the best user experience possible. Cookie information is stored in your browser and performs functions such as recognising you when you return to our website and helping our team to understand which sections of the website you find most interesting and useful.

Strictly Necessary Cookie should be enabled at all times so that we can save your preferences for cookie settings.

If you disable this cookie, we will not be able to save your preferences. This means that every time you visit this website you will need to enable or disable cookies again.